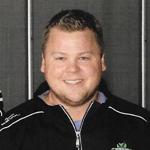 Ricky Saintey steps into his 14th year of coaching high school hockey and his 3rd as Head Coach for the Irish after being a Head JV and Assistant Varsity for the previous 11 years. Ricky grew up in Rosemount and went through the youth and high school systems in Rosemount High School. Ricky played Soccer, Hockey and Baseball at Rosemount High School before moving onto Bethel College. At Bethel College, Ricky played on both the Men’s Hockey Team and Baseball team for all four years. After college, Ricky started his teaching career where he has been a few places such as South Washington County Schools, Fraser Academy and now is currently teaching in District 917 where he serves as a Physical Education and DAPE teacher in his 16th year of teaching. Ricky currently lives in Rosemount with his beautiful wife Chelsie and three awesome kids; Owen (11), Addisen (8) and Rylen (7). 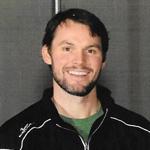 My wife Amy and I moved to the Rosemount area a little over 7 years ago and have three very energetic boys; Ethan (12), Noah (9), and Henry (5). I grew up playing my youth and high school hockey in Blaine, MN. During my Junior year season we won the Minnesota State High School Hockey Title in 2000. Following high school, I was fortunate enough to play four years at Bethel University, and was elected captain my senior year. After my playing days, I stayed involved by coaching College, High School, and youth hockey here in Rosemount.  I am excited to help kids of all ages develop into the best players and people possible year round. 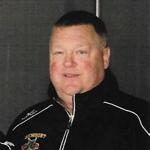 Rick Saintey and his wife (Sue) moved to Rosemount many years ago in which he started all three of his boys in hockey; Ricky, Brian and James. Rick has been involved in the game of hockey for many years but 34 years of which have been in Rosemount. Rick has coached at all levels from High School to Mini-mites. Rick enjoys making kids better hockey players and better people. Rick loves the company of his 5 grand kids; Owen (11), Addisen (8), Rylen (7), Duncan (6) and Rocco (4). Rick looks forward to making the most of this year as he wants to continue to put Rosemount in the right direction.

Karich enters his 19th year coaching High School Hockey, the last 3 with the Irish and the previous 16 with Farmington High School.  He worked under the guidance of five Head Coaches at Farmington High School where he earned Section 1AA Assistant Coach of the year honors during the 2013-2014 season while helping the program secure their first conference championship in 25 years along with three section finals and a state tournament appearance. Karich has been a Head Coach in Minnesota High Performance Fall and Spring Programs as well, currently  serving as the Head Coach of the Metro Southwest U16 Lakers.

Karich and his wife Kristen reside in Lakeville, MN with their son Jordan (12), and daughter Lila (9). Karich earned his Bachelor's Degree from St. Cloud State in Social Studies Education where he also coached the college women's club team and provided color television analysis for the men's team from 1994 -1998.  He earned his Master's Degree from St. Mary's University in 2006, and his Education Specialist Degree from the University of St. Thomas in 2010.  He currently works as a Social Studies Teacher at Farmington High School where he teaches Economics, Philosophy, and US History.

Kyle Finn will be Rosemount High School's goalie coach.  He brings over a decade of coaching experience including most recently seven years as the goalie coach for Burnsville High School.  Kyle has trained numerous junior and college goalies and is very excited to work with Rosemount goalies.  Besides serving on the Rosemount youth hockey board, Kyle has a vested interest in the continued development of Rosemount hockey living in the community with his wife Courtney, son Aidan (Rosemount Squirt), and daughter Aubrey (Rosemount Mite).